August 24, 2021 by Alex | *As an Amazon Associate, we earn from qualifying purchases

Acer and ASUS are known for being two of the better options if you’re looking for a budget laptop. However, budget doesn’t necessarily mean they’re low quality, as sometimes they use similar parts to other more expensive laptops.

For those trying to decide which brand they should opt for out of the two, it can be quite difficult to decide. Fortunately, both brands have been around for a while and most people have used either one or both of these brands in the past few decades when they’ve become increasingly popular.

This means that in the battle of Acer vs ASUS laptops, for most people, they’ll already have their preference over which brand is better. So, I’m going to take a look at both brands and give you my impartial opinion on which is the best of the two.

ASUS is a better choice than Acer. The only area where Acer is better than ASUS is price – everything else like customer support, design and performance, ASUS is the better option of the two. Plus, for those looking for a gaming laptop, ASUS has a lot more options to choose from.

Let me be clear that there’s not a great deal of different between the two, and they’re more alike than they are different. They’re both Taiwanese companies with headquarters in Taipei, they’re both of a pretty similar size to one another, and in fact, ASUS was actually started by former Acer employees.

These two brands are often compared to each other as they’re typically within the same price point, but also that they’re quite easily upgradeable. With a Macbook, you won’t be able to upgrade your RAM or storage later down the line. But, with the majority of Acer and ASUS models, you can.

Let’s take a quick look at both brands individually and see which of them would be a better choice for you.

Taiwanese ASUS have historically known for being one of the cheaper options out there, and people tend to think that this means lower quality. However in recent years, their laptops have definitely improved in terms of both build and reliability.

They have a pretty good range for you to choose from, This includes their gaming laptops selection, which is one of the better options to go for if you’re looking for something low cost. For mid to high end gaming, you may want to look at the Rog Zephyrus line.

For office and casual use, you can also check out their Zenbook range, which is pretty well regarded. Though not quite with the reputation of other premium brands, they do have some models that can match the heights of the newer Macbooks. Let’s look at ASUS in more detail. 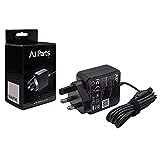 For those looking for the cheapest option out there, the Vivobook series is going to be one that interests you. There aren’t many laptops out there that cost only a few hundred quid, and to be honest, many of the low cost ones are barely usable.

However, this isn’t true for the VivoBook E402YA. It made it into my list of the best laptops under £200. Whilst it’s incredibly cheap, this Vivobook actually has 4GB of RAM. This is about the power that I recommend to be enough for most people, especially if you’re only using your laptop to stream videos and scroll the internet.

But, the truth is that this won’t be enough for those that work on their laptops – video editors and designers will find this laptop extremely slow. You’ll want to have a look at something else the brand offer, like the Zenbook line.

The laptop uses a combination of dual core processor with a full HD display, which makes it a pretty good low budget purchase. So although this laptop only has 4GB of RAM and a 64GB eMMC, it should be more than enough for casual users who want a cheap laptop.

Although many people like the design of their ASUS laptops, this isn’t really an area where they excel in my opinion. Pretty much all ASUS laptops are designed to be quite basic, with aesthetics being something that isn’t particularly important in most models.

Despite this, they do still try to keep up with the competition in the areas that really matter. This means that they’ve released many ultra slim laptops that are lightweight and portable, which is an increasing need from the consumer.

In terms of power for cost, then ASUS offer a really good option for those that want the best value for their money. You can get a good priced 8GB RAM ASUS for a decent price, with the majority using Intel Processors too.

ASUS laptops are known for being the best gaming laptop option for those on a tight budget. An example of this is the ASUS Rog Zephyrus gaming laptop, which is held in pretty high regard. So if you’re looking for a lot of RAM and power, then it can make sense to opt for an ASUS laptop.

That being said, if it’s between Acer and ASUS then I’d choose ASUS as the brand which will be more durable and last longer.

In some high end models, you may get a longer battery life out of a full charge. This is an area where ASUS and Acer are pretty much the same.

Whilst I wouldn’t go as far to say that ASUS customer service is good, it’s better than that of Acer. Plus, the warranty that you get with an ASUS laptop is pretty comprehensive, and should cover any issues you have with it within a decent enough timeframe.

The support ASUS provide is probably around average if we compare it to all the big laptop brands. Nowhere near that of Apple, but better than some other brands.

Although on average an ASUS laptop is more expensive than an Acer laptop, this doesn’t mean they’re expensive. They still offer some of the cheapest laptops available on the market right now, and they can offer a good balance of cost to power.

You also get more product variety with ASUS, as they tend to have a larger selection of laptops to choose from. They’re a great budget range to look at if you’re in the market for a new laptop. But, they’re not the only brand you should probably check out.

Another one of the cheaper brands, Acer are another Taiwanese company that specialise in lower cost laptops and computers. In fact, they have some of the most reasonably priced options in the market; great if you’re trying to save some cash.

Their most popular laptop model is the Aspire, but they also have the Swift . They’ve been around for 45 years, and in recent years, have released some awesome budget laptops.

You can also check out their gaming range, the Acer Predator series. The Predator Triton 500 is one of the more popular choice for people looking to avoid the high prices you’ll find with Alienware and other gaming brands.

Whilst I also like the Acer Chromebook series, the Aspire series is what they are best known for. One model worth checking out is the Acer Aspire 5, which is a great choice for everyday use.

The good thing about Acer laptops is that you’re going to get a more powerful laptop for a cheaper price. A good example of that is the Aspire 5. For example, this model has 8GB of RAM and an Intel Core i7 processor.

However if you wanted this kind of RAM and processor in a Dell or Lenovo laptop, you’d have to pay a lot more than you would with the Aspire model. Typically, the part may not be quite as good in terms of quality, but they manage to do a good job.

So for those looking for the maximum possible power for their money, the Acer Aspire range is definitely going to be one that you’ll want to look at.

I can’t really fault the design of Acer laptops. Although some of the cheapest models are pretty ugly, this is only because they’ve put no effort into this aspect to try and save some money. All you need to do is take a look at the newer Acer Swift models to see that Acer can make a beautiful laptop if they want to.

An Acer laptop will perform fine depending on the specifications it has. However, they are pretty notorious for breaking and running slow after less than a year of use, so make sure that you get a warranty with your Acer model.

It is unlikely that an older Acer laptop is going to have more expensive components, like new processors and graphics cards. Newer models are pretty much going toe to toe with ASUS though.

If you take care of your laptop, then there’s no reason why it won’t last a good few laptops. The likelihood of an Acer laptop lasting as long as a Lenovo Thinkpad or a Macbook is honestly pretty slim, unless you go for a more premium Acer option.

It’s difficult to compare battery life across all models of a brand, but for the most part, I actually think Acer laptops have a relatively decent battery life. For example, the Acer Chromebooks that have been released have great battery life where you’ll get in excess of 10 hours of use out of them.

To put it bluntly, the Acer customer service is pretty awful. You can spend a long time on the phone to them trying to resolve your problem and end up getting nowhere.

Plus, in the past when I’ve had an issue with an old Acer Aspire laptop, they actually made me pay to send them the laptop to fix it – this is one of the reasons why Apple is so popular nowadays.

Obviously, the main selling point of an Acer laptop is its low price point – they are pretty much the cheapest laptops you can purchase on the market. There’s an array of Acer notebooks and Chromebooks which cost just a couple hundred pounds, so for those looking for a bargain, it makes sense to look at Acer.

However in my opinion, you can typically find something a lot better for the same price with ASUS. Or, if you want to up your budget a little bit, you can look at brands like Lenovo, Dell or HP.

Overall, although the two brands are quite similar, there’s a clear distinctive line between Acer and ASUS which splits them and makes ASUS the better choice. Aside from the much better customer service, ASUS have a wider range of products to choose from.

As well as this, I’ve never had any issues with an ASUS packing in and stopping working on me. It’s worth noting though that neither of these two brands are any better than average quality, so don’t expect them to last forever.

They can be a good choice if you’re just looking for a cheap laptop to use for a few years, but for most people who don’t want to upgrade their own laptop, you’re better off choosing a more premium brand.

Inkjet vs Deskjet Printers – Which to Choose?