January 17, 2023 by Alex | *As an Amazon Associate, we earn from qualifying purchases

As the United States ban on Huawei products seems to go from strength to strength, this leaves many users confused. If you own a Huawei device or you’re thinking of buying one, then you might be slightly concerned about the bans that are happening on Huawei devices.

But is there cause to be concerned, or is it all just a massive over reaction? Well, we’ll look at whether Huawei laptops are safe for Westerners to own.

The fact of the matter is that Huawei laptops are safe and reliable – they are as safe and reliable as any other laptop manufacturer out there. However, we’ll have to wait and see how this changes in the future.

At the time of writing, Huawei have a ban on doing any business with any US companies. This puts their future production of laptops into jeopardy, as their laptops typically use AMD or Intel processors, which are both American companies.

So for the meantime, any current Huawei products are completely safe for you to use. but the future of the companies sales in Western countries is definitely under threat, and we’ll have to see how it all pans out.

Will Huawei laptops stop getting updates?

Another major concern about Huawei laptops is that one day soon, they might stop being able to download updates from their operating system. This is very unrealistic, as it means that Windows would have to go out of their way to block the ability for you to update a Huawei device.

To put it simply, this isn’t going to happen, so you don’t need to worry about your laptop losing the ability to update. Microsoft aren’t really bothered who makes the laptop, they’ll still provide updates whether it’s HP, Dell or Huawei.

Think about it – Microsoft relies on China for a heck of a lot of their business. So, why would they risk upset China by preventing people outside of China to download updates on a Huawei laptop? It just doesn’t make sense to do this from a business standpoint, so it’s not really a concern.

This is a commonly asked question, and it’s one of the reasons why so many are dubious about the company. They don’t sell shares to the public, which is strange for a company of its size.

We do know that the original founder of the company owns 1% or less of the company, with a much larger holding company having the most shares.

The company says that employees own percentages of the company themselves, though the truth is, none of us really know as they aren’t transparent about the situation.

Which Huawei laptop is best?

If you are thinking about getting a Huawei laptop, then I’d advise you to look at the Huawei Matebook series. They’re actually quite close to Macbooks and Thinkpads in terms of their performance, but they typically retail at 30-40% less than their competitors. 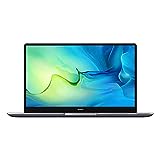 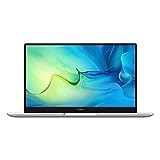 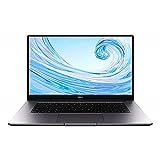 Take the Matebook D15, for example. It’s usually available around the £6-700 mark, and when you look at the specifications of the laptop, you can see it’s a good deal. It has 8GB of RAM, 256GM of SSD storage and a AMD 5 processor.

However, the minimum Macbook Air costs around £1000, and that comes with the same specs but only an i3 processor. So, you can easily see how Huawei offer good value for money.

The fact of the matter is that for the everyday consumer, Huawei make some of the best reasonably priced laptops out there. In fact, they’re even listed in my best laptops under £700, as they provide the power of a premium laptop for a much lower price.

There are people that will always have concerns about Chinese companies like Huawei and their connection with the Chinese government. But the reality is that this shouldn’t affect your laptop getting updates, and you’ll be able to use it for years to come.