There’s no doubting that Dell is one of the premium laptop brands that’s currently out there. Over the decades, they’ve made some excellent laptops that speak for themselves by the amount of units they’ve sold.

With the XPS line being their main products, this is often where most people start when looking for the best Dell laptop. They also have other lines of laptop to think about too, like the Inspiron range, as well as the Latitude series as well.

But are the only models that you should be looking at, or are there more options pout there to consider from? Well, let’s look at the top options you can choose from if you’re looking to go for a Dell laptop. 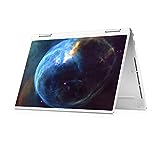 With the XPS range being Dell’s bestselling laptop model, it’s only fair that we start by looking at something from the XPS series. Though most Dell laptops are made to a fairly standard spec, the XPS 13 7390 is made to compete in the convertible laptop market.

It combines the power and usability of a standard XPS with the flexibility of a 2-in-1 laptop, and you can easily flip this device into tablet mode and use it with a Dell Stylus to draw, write or do any sort of art that you wish to. The fully HD screen is made from Gorilla Glass, which gives it toughness – though the touchscreen is still very responsive.

They have managed to integrate the standard features that we expect from any XPS model – a slimline design, good layout and a super high quality screen – with a convertible laptop. In fact, it works very well together, and the thin structure of this laptop makes it easy to carry around with you (it weighs around 1.2kg).

You can find this laptop available with a variety of different hardware choices, but this model has 16GB of RAM and a quad-core processor in the i7-1065G7 processor (4 cores, 8 threads). It also has half a terabyte of storage, and it manages to pack all of this into a lightweight and thin frame.

One move that Dell have taken in recent years is trying to make their laptops more eco friendly. This means that the laptop is easy to recycle, and all of the packaging that the laptop is sent in is recyclable. So, if you’re looking for a good powerful convertible laptop, this would be a great choice.

Another great 2-in-1 laptop that’s a lot more affordable than the XPS series is the Dell Inspiron 5000. It’s much better for those looking for maximum value in a laptop, and it manages to combine Dell quality with low cost prices.

This laptop is intended to give you enough power to get all of your work done in the day, but double up at a interactive tablet in the evenings. And it does its job pretty well. 8GB of RAM is steered by a Intel Core i5-10210U processor, which is one of the best i5 processors out there. It also uses Optane memory, which helps to make things a little faster too.

Although it’s a relatively slim laptop, it still has space for all the ports and slots that you could need from any laptop. This includes ports for an SD card, HDMI and various different types of USB connection. So if having connectivity for your laptop is important, then the Inspiron 5000 may suit.

All in all though, this is a good option if you’re looking for a lower priced 2-in-1 laptop. It still has the same high quality Dell display and touchpad, just without the higher price tag.

There are many different variations of the Dell XPS series – the XPS 13, the XPS 15 and the XPS 17 are all wise choices depending on what screen size you need. One good option is the XPS 15 7000, which has all the components of a top laptop.

This laptop is well powered with a Intel Core i5-9300H processor and a good amount of RAM (8GB, which can be upgraded to 16GB if necessary). It has an integrated fingerprint reader to allow you to log in pretty easily, and for those who make a lot of video calls the webcam is one of the best out there. So, for those who spend half the day on Skype, this laptop would be a great fit.

It’s a slim laptop like all Dell XPS models, and the design of the laptop makes it stand out from other models. It comes with a full HD IPS display, but it can also be upgraded to 4K if necessary – this might be a good idea if you plan on watching a lot of Netflix! Oh, and it has a pretty great battery life, too.

The only negative with this model is that it’s pretty expensive. When you compare it to the base model of the Macbook Air, which is around 30% less expensive, then it does make it seem a little overpriced. But having the best quality is your number one goal, then you should consider the XPS 15 7000.

Though Dell aren’t really known for their gaming laptops, they have released some models of the years. And one of the best is the G3, which is the perfect starting laptop for amateur gamers.

The most important thing for any gaming laptop is it’s graphics card. This laptop is supported by a NVIDIA GTX 1650 GPU, which uses Turing architecture and is one of the better graphics cards out there. This is backed up with 8GB of RAM and a i5 processor. You can quite easily upgrade this later down the line if you want to.

This is just the base model of the G3, but you can opt for it with different upgrades, both to the internal hardware of the devices, but also the screen and display too. However, the screen with the base model is still definitely good enough for gaming, with a 60Hz refresh rate and a 1ms response time.

Whilst many people want to opt for a bigger name gaming brand, this isn’t necessary in a lot of cases. You can save some money by opting for a cheaper model like this Dell G3, which provides pretty much all you need for some serious gaming.

In general, Dell have a very good reputation in the laptop industry, and they’re on par with the other tops brands out there like Apple, HP and Lenovo. In fact, in some people’s eyes, Dell make the highest quality laptops out there. It is fair to say that their laptops are definitely above average.

How long do Dell laptops last?

On average, Dell laptops tend to have a little longer average lifespan than most other laptop brands out there. Whilst most brands will only last 4-5 years, you can get a little more than this out of a good Dell laptop.

Is a Dell Inspiron a good laptop?

Whilst not as acclaimed as the Dell XPS series, an often overlooked model is the Inspiron. There have been many good Dell Inspiron laptops released over the years, and you shouldn’t overlook them. This includes the Dell 15 3000, which is definitely one you’ll want to check out. So yes, the Dell Inspiron range is pretty good.

Can Dell laptops be upgraded?

If you’re wondering whether you can upgrade a Dell laptop later down the line, then it really depends on the model. The G3 is made to be easily upgraded, so you can replace and add RAM quite easily. Tt’s a lot more difficult to do this with the XPS series, however. Most laptops won’t allow you to change out the processor or the GPU easily without having some technical expertise to do so.

One thing that I’ve read online that’s been said about Dell laptops is that they break easily. In my experience, they’re about the middle of the park in terms of their durability. They’re much better than the old Macbooks that seemed to break if you tapped them by accident, but they’re not as strong as the Thinkpad and other more resilient laptops.

The reality is that whilst you can never go wrong with an XPS, you should still consider the other Dell options available. This definitely includes the Dell Inspiron range, the Dell Latitude range and you can even check out Alienware too (which are also owned by Dell).