When we’re talking about the biggest manufacturers in the laptop market, then Dell immediately spring to mind. They’ve been one of the biggest laptop brands in the tech world for a while, and their signature range is the Dell XPS series.

It’s a generally well thought of and respected laptop, and it’s up there with the premium laptops out there. But in recent years, we’ve seen more competitors being released.

One of the newer models that many people compare with the top brands is the Huawei Matebook range, with the Matebook X Pro being one of the more premium releases from this series.

But how does this model compare against the Dell XPS 13? Well, that’s what we’re going to compare now.

The main difference between these two laptops is going to come in their cost. They both represent the premium line of laptops each brand has to offer.

The Dell XPS is fairly pricey, though it is made to a very high quality. The Huawei Matebook X Pro is actually relatively young in comparison to Dell’s XPS series, but for a first attempt at a high end laptop from Huawei, it’s impressive in its own right.

With both laptops tending to be made up of the same components (Intel processors etc), it can be hard to tell between them. We’re going to narrow down on each model and see what they have to offer. This is based on the 16GB model that was released earlier in the year. 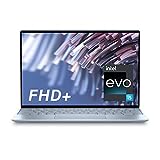 The Dell XPS is the more expensive of these two laptops, but it’s also going to be the better quality option too. There are many different variations of the XPS, including the 7390 and the 9380 too, which are some of the newer models that have been released. But for now, we’re just looking at the XPS 13.

As soon as you open the XPS 13, you’ll be able to feel its quality simply by holding its aluminium chassis. The display is good, but unlike the US version of the XPS, it doesn’t have a touch screen for you to use. You can upgrade to a 4K display for a few hundred pounds more, too.

The trackpad is surrounded by a carbon fibre palm rest, and the surface is completely anodized, which helps to make it more scratch resistant. The trackpad and keyboard are actually quite raised up as well, which makes it easier for you to type and navigate.

In terms of use, I think the keyboard matches any other competitor out there right now in terms of performance. They’re very shallow with just a 1mm travel, and the keyboard is made to be very quiet, which is a nice change of pace from using a Macbook.

Although this laptop is only 13 inches in size, it actually makes the most of this with its large screen ratio. It has a small in built webcam, but it is made to a very high standard. So if you’re looking for a good laptop for video-calling (most of us are nowadays), this may be a wise choice.

You can buy this laptop with 8GB of RAM, but it’s probably better to opt for the 16GB release which will give you a more powerful laptop and a better overall experience.

We’re entering a period over the next few years where 8GB will likely be phased out by Dell, Apple and the others in favour of a more powerful 16GB laptop. You’ll likely notice the difference immediately when you open up lots of programs simultaneously.

If you’ve not owned a premium laptop before, then this would make a perfect first choice – it’s definitely on par with the Macbook Pro and the Lenovo Thinkpad, which are really the main players that this laptop has to compete with right now.

The main benefits of opting for this laptop over a Huawei laptop is the brands reputation, and the over build quality of the laptop itself. Although more expensive, it’s made to a higher standard.
The overall build is great, with the most impressive part of this undoubtedly being the HD screen display.
They keyboard and trackpad layout is very responsive and definitely made to last, so you’re unlikely to have any issues with it.

For many people, this laptop is likely to be more expensive than they’d like to pay when you consider the specs it has. However, it’s no more than any Apple laptop out there.
For the price you’re paying, I’d probably expect a slightly better battery life, which isn’t as good as other premium laptops out there.
Although the majority of the design is the best quality out there, the speakers aren’t great – this is pretty common with Dell laptops. 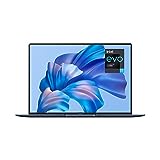 When you’re talking about well priced alternatives to the big name brands, then the Huawei Matebook series often comes up as an option. One of their more premium laptops is the Matebook X Pro, which is fairly and commonly compared to the XPS 13.

This Windows 10 laptop is pretty impressive, and comes with 16GB of RAM and a good amount of storage space with that too. It’s made from decent materials all-round to be honest, including the aluminium frame that’s reliable and looks good.

As well as the good display, it also uses a NVIDIA® GeForce® MX250 GPU, which creates some beautiful visuals. Though not quite on par with Dell in this aspect, it’s still as good as most other laptops of this price range and ability.

Huawei Share makes it very easy to transfer things between your laptop and your Android phone too – it’s very similar to Airplay in how it works. In fact, it’s probably a little better, as it allows you to connect phone and laptop together, which allows them to co-operate seamlessly with one another.

The newest release of the Matebook X Pro is quite a bit more expensive than the previous models that they released. It looks like it’s a step into a more premium direction like the Dell XPS 13 – only time will tell whether it can catch it up in terms of popularity, and reputation.

The main positive about this laptop is that you’re getting a whole lot of spec and hardware for your money. So in terms of value, it’s one of the best models out there right now.
As well as being a strong performing laptop, it also has excellent battery life to match.
This laptop is not only practically an impressive laptop in terms of hardware, it’s also well designed too.

The newest version of the Matebook X Pro is a significantly more expensive option than the previous versions, which were aimed at a more budget conscious buyer. So, the price has definitely increased over the years.
Although I like the design, the trackpad isn’t as good as more premium models.
If something goes wrong with your Huawei, then you’re not going to have nearly as many options to fix it as you can have with a Dell XPS.

Although both of these laptops are good choices, if you’re going to spend a significant amount on a laptop then I’d advise that you opt for the Dell model.

Whilst there are versions of the Huawei Matebook that offer excellent value at lower costs, when you have a larger budget, I’d feel much more comfortable spending that on a reliable laptop like the XPS 13.

But when it comes to value, it’s hard to argue with the Huawei Matebook X Pro’s performance.