There’s no doubting that Lenovo have made some of the best laptops released in the last few years. They have a good selection of laptops, with two of the most popular being the Lenovo Yoga series, and the Lenovo Flex line of laptops, which is under the Ideapad range.

With both of these laptops being quite similar, it can prove difficult to find which is the better options out of the two. So, if you’re looking for a good laptop, which should you opt for? Well, let’s look at some of the best that these two different Lenovo laptops have to offer.

The main difference between the Lenovo Yoga Series and the Lenovo Flex series is that the Lenovo Yoga is overall better in quality. Whilst the Flex offers much more affordable laptops, the Yoga is better across the board, with a more durable design.

Trying to compare these two Lenovo laptop series against each other isn’t easy, as they’re both pretty reasonably priced. However, we will look at the two ranges in a little closer detail to see some of the areas where they’re different.

In general, the Flex series represents some of the cheapest laptops that Lenovo have released over the last few years. Whilst the Thinkpad is their premium brand, the Flex series appeals specifically to the casual user that doesn’t really need a powerful laptop, and just wants something cheap and easy to use.

In fact, the Flex series is a branch out of the Ideapad range. You might see them referred to as Ideapad Flex, or sometimes simply just as the Flex range. Either way, there haven’t been that many different models made as Lenovo Flex.

There’s a significant gap in quality between the Flex line, which are some of the cheaper Ideapads, and the Yoga series of laptops. The Yoga series are simply made to a much higher standard. So, it’s clear to see where the main difference between these two ranges lies.

For those looking for a fairly cheap 8GB laptop, the Flex 5 offers pretty great value for money. It has a HD 15 inch screen, and it can come with a variety of different processors. If you want the most cost effective option, then you could choose an AMD Ryzen processor. Or, a more expensive choice is an Intel Core i5 processor.

This is a 2-in-1 laptop, which is one of the brands specialties. With the high quality display you also get great in-built speakers, making it perfect for both working and putting it in tent mode in the evening to watch movies. It also includes quick charge technology, which allows you to charge the laptop to 2 hours battery life with just 15 minutes of charging.

There are some of the Flex range that use the Chrome operating system, but this is a standard Windows laptop. Bear in mind that even though it is touchscreen, there is no active pen included. However, it is still a good choice if you’re looking for a cost effective convertible laptop.

Typically, if you’re looking for a cheap Lenovo laptop, then the Flex series is one of Lenovo’s budget lines.
Although the build quality is limited, in terms of laptop performance they’re actually pretty good.
The Flex series still benefits from everything you get with most Lenovos, like a good touchpad layout and a responsive keyboard.

With their cheaper price comes a significant drop in quality, with the Yoga series being much higher quality.
The display on the Flex series is much lower in standard, and are typically quite dim and dull.
They don’t have the long lasting lifespan that is associated with premium Lenovo laptops.

Aside from the Thinkpad series, the Lenovo Yoga series represents some of the best laptops that Lenovo have to offer. They have a really good range to choose from, and there’s pretty much something to suit all different budgets in the Yoga series.

Originally released back in 2012, the range has generally been pretty well accepted by the consumer. They’re also responsible for releasing some of the more innovative designs in recent years, including the Thinkpad Yoga crossover which has been pretty well received by those looking for a serious 2-in-1 laptop.

From a negative perspective, with the increased quality tends to come an increase in price. And although there are some budget friendly laptops in the Yoga lineup, on average there nowhere near as affordable as the Flex series overall. 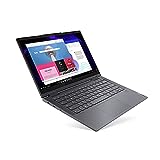 Although this is a little more expensive than the suggested Flex model, it’s a much better quality laptop overall. It comes installed with an Intel core i7 processor and 512GB of storage, which should be more than sufficient for most people.

It has a great long battery life and it’s very easy to carry around with you, as it only weighs 1.3kg. It’s a good option for those looking for a serious work laptop that can also be used for films and drawing, with its touchpad often coming in handy.

The Lenovo Yoga C740 is considered to be one of the brands better laptops released in the last few years. With strong connectivity and a good build quality, it is definitely one to check out.

Another great Lenovo laptop you can also check out is the Yoga Slim 7. It’s pretty well priced, and comes with a budget AMD Ryzen 5 processor that is powerful enough for the average person. 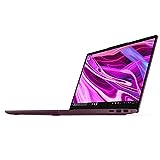 It comes with a full HD screen, and the display is one of the most impressive things about it. It also has a great battery life, is very portable and is reasonable price.

Over the full range of Lenovo Yoga laptops, they tend to have a better build quality than the Lenovo Flex.
There’s a lot more selection with the Yoga series, and they tend create laptops for all budgets.
The Lenovo Thinkpad/Yoga combination is one of the best out there for those looking for a lightweight laptops.