February 10, 2022 by Alex | *As an Amazon Associate, we earn from qualifying purchases

For those looking for a new laptop, Lenovo and Acer are probably two of the first brands that you’ll come across. They’re amongst the biggest brands on the market today, with Lenovo actually outselling HP and Dell in recent years.

Whilst both brands have their positive and negatives, this often depends on which model that you opt for. The Lenovo Thinkpad is the most popular Business laptop around. In comparison to this, the Acer Aspire series are some of the most commonly bought laptops for those looking for a good budget option.

Lenovo make far better laptops than Acer. If you’re looking for a laptop with better performance, which is going to last for a long time, then it would pay to opt for Lenovo over Acer. The only reason most people opt for an Acer laptop is if they’re on a tight budget and are trying to cut costs.

This doesn’t mean to say that all Acer laptops are bad. And it definitely doesn’t mean that all Lenovo laptops are good either! But across all the models released by both brands, generally Lenovo offer more reliable and better performing models.

Whilst Lenovo headquarters are in China, Acer is actually from Taiwan (this is the same for ASUS, too). Although they aren’t anywhere near as big as Lenovo, they’re still one of the bestselling companies globally. So, let’s take a closer look at both of these brands individually to see if we can work out which option would be best for you.

This brand is one of my favourites out there in all honesty – the Chinese powerhouse seem to provide pretty good quality at affordable prices. This can be seen across all their brands – the Ideapad range, the Yoga range and even the Lenovo gaming laptops too.

Most of their laptops fit into a decent price range, and if you’re trying to decide between Lenovo and Acer, then I’d start with this brand first. Let’s look at them a little closer.

For those looking for something durable, then the Carbon X1 beats pretty much every other option out there. Whilst it maintains a nice aesthetic and it’s relatively lightweight, its sturdy chassis ensures that you won’t have any issues with shock resistance. And, along with the attractive chassis, the inner workings of the Thinkpad are some of the best around.

The base model of the Thinkpad will come with a 1080p screen, perfect for both scrolling and watching. It also comes with an i5 processor, 8GB of RAM and 256GB of SSD for storage. And you can easily upgrade this for a little more.

Yes, the Thinkpad X1 Carbon is definitely a little expensive, but for those looking for a serious laptop, the X1 Carbon is at the top of the pile this year.

Although Lenovo are primarily known for their Thinkpad series, a good Business laptop isn’t all they can do well. For those interested in convertible laptops, Lenovo offer some of the best and most unique designs available.

A good example of this is the Yoga series, which has really set the bar for those looking for a 2-in-1 laptop. So in terms of design, Lenovo have a lot to offer.

Although the design and ergonomics of a laptop is important, it’s nowhere near as important as the performance. And for performance, Lenovo are generally thought of as an above average brand. They aren’t the most expensive, but they offer a good value for money purchase for those looking for a quality option.

Generally in the battle of Acer vs Lenovo, there isn’t much between the two when it comes to performance. Acer have previously been viewed as inferior, but this is no longer the case.

Lenovos are known for their durability – it’s often joked about that the Thinkpad is indestructible (which is in stark comparison to probably it’s main competitor, the Macbook).

Lenovo laptops typically have a roll cage around their components, which will protect them from any drops or shock. They also have a spill tray beneath the laptop, so you’re less likely to damage the motherboard if you were to spill a drink.

In terms of battery life, different Lenovo models are going to offer you different capabilities. Across all models, Lenovo laptops tend to have an average battery life, between 7-8 hours.

If you want an exceptionally long battery life, then it’s probably worth looking at the Lenovo Yoga series. Some models can offer more than 15 hours of battery life, which is almost unparalleled within the same price bracket.

Although Lenovo laptops are of a higher quality than Acer, their customer service is an area where they are pretty similar. Neither brand offer a great customer service, and it’s important that you get a warranty with your Lenovo laptop to ensure that if there are any faults, you can get it fixed.

When buying a new laptop, the customer support is usually high on the list of a customers priorities. It’s one of the reasons that Apple is doing so well.

Lenovo laptops are generally available at a mid-range price point. Whilst they aren’t a cheap as brands like Acer, they’re cheaper than some other premium brands like Dell. All in all, they offer a good user experience for their cost.

I think it’s fair to say that out of all the major laptop brands out there, Lenovo are the most improved in recent years. After taking on the Thinkpad line from IBM more than 15 years ago now, they’ve managed to take the series into one of the best selling laptops out there.

They tend to make pretty minimalistic and lightweight laptops for both budget consumers and high end premium options too. So, they’re definitely worth thinking about going with if you’re in the market for a new laptop.

Acer are well known for being the cheapest laptop brand out of the big players out there (Apple, Dell, ASUS & HP as well as these two). Whilst some people think their laptops aren’t of the best quality – and that’s probably true – you can definitely find some good deals amongst their products.

Typically their products will be made with budget parts, which is why they’re the more affordable choice. But, that does mean you can get a more powerful laptop for your money. They have a good range of gaming laptops on par with the Lenovo Legion range, too. Let’s look at more about Acer. 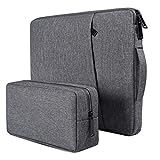 For those looking for a cheap convertible laptop, you could certainly do a lot worse than the R13. It’s one of the cheapest 2-in-1 laptops that you’ll find on the current market, so if you’re looking for the bets of both worlds, this would be a good choice. It made it onto our list of the best laptops under £400.

For the price you’re paying, you get a really good 1080p screen which can produce some awesome visuals. You’ll also get up to 12 hours of battery life out of this Chromebook too, which rivals some of the bets laptops out there.

The base model comes with 4GB of RAM and 64GB of eMMC storage. Whilst not the most impressive specifications, this convertible laptop would still make an awesome choice for someone who spends their time surfing the internet and streaming Netflix.

Many Acer models are very basic in the way that they are made. So although the design isn’t good, it’s really targeted at those that aren’t too bothered about what their laptop looks like. An exception to this is the range of Acer Chromebooks, which generally look pretty awesome.

The performance of a laptop generally depends on the specifications of the laptop, so it’s difficult to say across every Acer model how they perform. For example, the Acer Spin might offer below average performance. However, the Acer Predator Helios and the Acer Swift series generally offer pretty great performance.

An Acer laptop should last you a few years. However, it definitely can’t match Lenovo for durability, as the parts that they use are much cheaper than pretty much every other brand. This means that they’re more likely to fail in the long run due to a lower quality of product.

Battery life is an area where I think Acer laptops are actually quite impressive. Many of their models have battery life that can match the more premium brands, especially when you look at the more expensive Acer options.

Like most budget brands, the customer service that Acer offer is pretty awful. You can spend long amounts of time on the phone to them without really getting anywhere. So for those who want a company with reliable customer service, Acer probably isn’t going to be a wise choice for you.

The main reason that people buy Acer laptops is honestly just the low price. You can find an 8GB Acer laptop for much cheaper than you’d find an 8GB Lenovo laptop. However, with the Acer you’re going to be getting cheaper parts all-round, whereas with the Lenovo the other parts (processor etc) will typically be more powerful too.

Whilst Acer does get some criticism as being the least favourable of the main brands, there’s no denying that they fulfil a pretty important area of the market. You can always look to an Acer if you want the best value for money, as you can get a powerful laptop with the lowest cost.

So even though many folks still opt for premium brands, there’s no denying that Acer are the kings of budget laptops, with the Acer Swift series being a good example of that.

Whilst Lenovo is the much better brand, Acer still have their place in the market for those looking for the cheapest option. For those on a tight budget that don’t want to spend much, then an Acer model can still be a good idea.

All in all, Acer are typically a budget brand similar to ASUS. In comparison to this, Lenovo can be compared to more premium brands like Apple and HP.

However, if you are set on a specific model made by either of these brands, then they definitely aren’t a poor option. And as long as you check the specifications of the laptop match your requirements, you shouldn’t have any problems. So, both Acer and Lenovo are not bad choices by any means.