Ultrabook vs Laptop – What are the differences?

October 4, 2021 by Alex | *As an Amazon Associate, we earn from qualifying purchases

When you’re looking to purchase a laptop, you’re sure to see a lot of different types of “books” out there. It can get pretty confusing, trying to work out the difference between a netbook, a notebook, a Chromebook and the rest. However, one of the most popular of these new laptops on the market is the Ultrabook.

But what exactly is an Ultrabook, and how does it differ from a regular laptop? Well, we’re going to look at what the difference between an Ultrabook and a laptop really is.

Ultrabook vs Laptop – What are the differences?

Although it might sound like it’s some mysterious or major difference between them, they’re actually pretty much the same thing.

An Ultrabook is just a laptop that uses an Intel processor as opposed to another competitor brand, as well as a SSD for storage. They are also defined as being less than 20mm in width/thickness, as well as resuming from hibernation mode within a few seconds. So whilst not all laptops are Ultrabooks, all Ultrabooks are just laptops.

Really, this is just some clever marketing by Intel, who’ve trademarked this name as having to use one of their processor. However, many of the laptops out there today use an Intel processor, so there’s not much of a difference between an Ultrabook and a laptop.

And although Intel Core processors do represent some of the best CPUs on the market, they’re not the only brand out there. Recent years has seen AMD go from strength to strength, and you’d find it difficult to find someone who can’t see that they offer excellent value for money.

So whilst an Ultrabook may sound like it has dramatically more processing power and increased build quality, that isn’t strictly true.

What other specifications must an Ultrabook meet?

By definition, an Ultrabook should be slim and sleek – however, it must do this without compromising on battery life. At the start, they said that an Ultrabook must still have at least 5 hours of battery life to be considered as one.

However, nowadays pretty much all laptops meet this classification, so there’s not much to say about the battery unless it’s shockingly bad. Typically, an ultrabook will have a long battery life of 8-9 hours or even more than this.

Although there is no specific weight limit, an ultrabook will often weigh less than a laptop. Much of this is due to their thin design and the lightweight aluminium chassis that they’re made with.

Like I mentioned, they must use an Intel processor, like an i3, i5, i7 or an i9. Obviously, this is a ploy for them to be able to sell more of their processors, because the reality is there isn’t much of a difference in quality between Intel processors and AMD processors.

Ultrabooks are also said to be defined by the storage type that they use – all Ultrabooks must use SSD storage. The majority of new laptops do use SSD (solid state drive) storage nowadays, or at least the more premium models do.

You might still find some cheaper laptops that use eMMC storage instead, so it is a way to split higher quality laptops from cheaper ones. Generally, an Ultrabook will come with at least 256GB of storage space.

Although they don’t have to, Ultrabooks are kind of a minimalist laptop, so you’ll often find them without the additional ports and drives that you might find on some laptops. This is pretty much the direction much of the laptop market is moving in anyway, so there’s not much of a difference here.

If you’re looking for the specs that a laptop must meet to be classified as an Ultrabook, then it must have;

5+ hours of battery life
Restart from hibernation in under 3 seconds
20mm thickness for 13.3inch or less, 23mm for 14inches or more
Intel Processor

Though other criteria have been used to identify Ultrabooks in the past, in the present this is pretty much all a laptop needs to have to be named an Ultrabook.

Whilst these are the official factors, there are definitely a few other things that most Ultrabooks tend to have that a standard laptop may not. This includes a backlit keyboard, a decent sound system and a high resolution display.

What’s a good Ultrabook to buy?

If you’re looking for a good Ultrabook to purchase, then you can pretty much go and look at any of the newer models of laptops out there.

They just need to be classified as slim but not compromising on battery, using an SSD storage and an Intel processor. This is a lot of the laptops that are currently out there, so it’s hard to recommend just one! 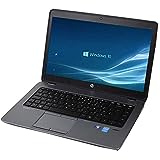 If you do want to purchase an Ultrabook, then go and take a look at my list of the best laptops under £1000. There are several different options there for you to choose from which would be considered an Ultrabook.

A good example is the HP Spectre x360, which has a well made chassis filled with above average hardware components and a beautiful display. Or, the Macbook Air with its improved processor unit and new keyboard is a great example too – though technically it’s not an Ultrabook, as it doesn’t come with an Intel processor anymore.

Are Ultrabooks good for gaming?

For the most part, Ultrabooks aren’t actually going to be the best option out there for gaming. They’re more designed to be slimline and lightweight, whereas a gaming laptop doesn’t really have this in mind. Most gaming laptops are 15.6 inch or 17 inches in screen size, and being lightweight isn’t their most important factor – being powerful enough is.

So whilst you will find some good Ultrabooks out there that are good for casual gaming too – like the Dell XPS series – they’re not really designed with gaming in mind.

Are Ultrabooks good for programming?

Now, an area where Ultrabooks are a much more preferred option is within programming. Most programmers prefer to use monitors if they can, but you will find some out there who prefer to use a laptop screen.

For programming, you can look at a variety of different Ultrabooks out there that are good for this. One good example is the Thinkpad by Lenovo, which is pretty well known for being one of the better laptops out there for web development. They tend to be high performance models, which makes them very suited to coding.

All in all, an Ultrabook is just a definition created by Intel about a certain type of slim, high quality laptop. It’s really been created as a selling point, because Ultrabook makes them sound more premium and cool.

However, the reality is that an Ultrabook is just a laptop that’s of a higher quality. Ultrabooks weigh less and have a longer battery life, but they also come at a premium price point too.

What to do if your laptop keyboard is not working properly