A good laptop doesn’t have to cost a fortune. Nowadays, you can pick up a decent enough laptop for less than £600 – don’t believe me? Well, I’m here to prove you wrong.

Now of course, if you’re looking for a laptop with a tons of RAM or storage, then you might need to spend a little more than the £600 I’ve quoted (check this laptop guide if you can up your budget). Or, you might need to consider getting a second hand laptop.

However, for everyday use, you really don’t need to spend more than this if you’re just going to be using it for browsing the internet, typing up some documents or streaming films & music.So, let’s take a look at some of the laptops you should consider if you’re trying to keep costs down to a minimum. 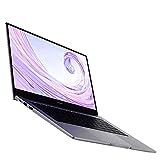 If you’re on a tight budget of £600, then I think that the Huawei Matebook D14 provides the best value for money. It’s a 14 inch laptop with 8GB and 512GB of storage space, which is more than most other laptops under £600.

Huawei claim that for its weight (only 1.34kg), this is the largest possible screen that you can get. Considering that it’s only 16mm thick as well makes this ideal for some who travels a lot and needs to use their laptop in different places.

Combining this with a long battery life makes it the ideal companion for long journeys, too. The AMD Ryzen 5 3500U processor will also keep things faster than you’d find with a standard i5 processor.

The power button for the D14 is also a fingerprint scanner, which although isn’t an essential, is pretty cool. It also has a multi-screen collaboration mode which make it really easy to use your phone and your laptop in tandem with each other.

Although there is actually a D15 that’s been released, that has lower specs and is less value for money in my opinion. If you want the best under £600, it will be hard to beat the D14.

The HP Pavilion series have produced some of the best modestly priced laptops over the last decade. With its HD IPS screen, you’re sure to get a good quality picture. It’s also touchscreen, which may or may not be useful for you.

Along with thew high quality picture, the laptop itself is finished to a high standard too. It’s finished with a steel metal style & the keyboard is slightly elevated too, which makes it easier to type on the highly responsive keyboard.

It also has a custom tuned audio system in built too, so if you want this laptop for more than just office work and typing, then it’s fantastic for watching movies on. In terms of performance, it runs on a AMD Ryzen 3 processor, which is as good as you’re going to get for this price.

As with some of the other products from the HP range, you can charge this with fast charge. This means that if your laptop dies, you can easily charge your laptop quickly to 50% within just 45 minutes. This makes this another laptop worth thinking about if you’re in the market for a new one. 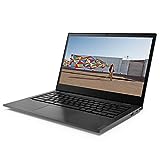 If you’re just looking for a cheap laptop to browse the internet on, then really you don’t need to spend £600. You can get away with spending just a few hundred quid on a laptop like the S345 from Lenovo.

It really depends on just how much you’re going to use the laptop and how long you want it to last. If you’re going to be editing photos and playing games on the laptop, then you’ll want to go for something more expensive.

There aren’t many benefits of getting a cheaper laptop like this one aside from the price. Of course, you’re going to have a slower experience on a laptop with 4GB RAM as opposed to 8GB.

You’re also not going to have much memory either if you need to save a ton of documents. But, for many people who just want a laptop to browse the internet in the evenings and send a few emails, this would be a perfect fit.

The Dell Inspiron comes with a 10th Gen i5 processor, 8GB of RAM and 256GB of storage. It has an impressive audio & the picture quality is also really good too – Dell even market this model as your own entertainment center.

If you don’t like the fact that Apple have basically got rid of the majority of ports on their new Macbooks, then you’ll probably like this laptop. It has pretty much every port you could need; several USBs, an SD card reader, HDMI and a few more too.

This model has a Radeon Vega 8 Graphics with shared graphics memory too. It is one of the cheaper laptops to come with an AMD Ryzen 5 processor, which is pretty similar to the Intel core i5 processor, though slightly cheaper to manufacture.

The only negative with this model is that the battery life is pretty shoddy, and you’re not going to get more than 7 or 7 hours of life out of it. So if that’s a dealbreaker for you, you might be better off looking elsewhere.

The Aspire 5 isn’t going to win any awards for aesthetics – it pretty much looks like a bog standard laptop. But don’t let appearances deceive you – underneath the surface is a very competent machine.

It has everything you could ask of a reasonably priced laptop. An i5 processor, 8GB of RAM, 256GB of storage and a good battery life of over 10 hours on some days, depending on how much you use it. It is thin and light, and can be carried with you anywhere pretty easily.

The Aspire 5 utilizes a narrow bezel design, which helps to create a better looking picture on the 15.6 inch screen. The HD display looks good too, especially when you consider the price range it’s in. It also has Cortana, which is basically the Windows equivalent of Siri.

In my eyes, the Acer Aspire 5 falls just behind some of the other models available by other brands. However, it’s still a worthy competitor and deserves its place on this list of budget laptops.

Are more expensive laptops worth it?

For the majority of people, you really don’t need an expensive laptop. The only times where it’s really necessary to have an expensive laptop is if you need more storage space, or more power. This is really only the case if you want something like a gaming laptop, where realistically you would need to spend quite a bit more than £600 to get a decent one. However for the vast majority of people, you can get yourself a cheap laptop and not worry about high prices.

If you’re looking to get a Macbook at less than £600, then you’re going to be cutting it fine. You can find plenty of used Macbooks for sale at less than £600 on eBay, but if you want a new one, then you might have to up the budget a little. I managed to get a Macbook last year for around £650, but this was with additional cashback from Very, and it was an older model. But, it was a decent investment and it’s still going strong, and should do for a good few years yet.

How do I pick which laptop to get?

The 3 steps to picking your laptop should typically start with deciding which operating system you want. Most people end up going with Mac or Windows, and they’re both safe choices. Then, decide on the price you’re willing to spend – in our case, we want laptops at less than £600. Then, you can work out the maximum specs you can get within your budget – the laptops I’ve listed are the best you can get for this price, and if you want improvements, typically you’ll have to pay more for them.

What will make my laptop run faster?

Both your laptop’s RAM and processor will affect how fast your laptop runs – if you’re going to buy a new laptop and you want to ensure it’s fast, then ensuring you’re getting 8GB of RAM or more should be enough for most people. The most common causes of a slow computer are viruses, unnecessary software and often which browser you’re using (e.g. if Firefox is slow, try Google Chrome).

Any laptop that you pay £500+ for is going to last you a while if you take care of it. In terms of reputation, Lenovo have a great rep with their Thinkpad brand as being some of the most well built and long lasting laptops. Not far behind them is Apple, HP & the other brands.

Overall, these are just some of the laptops that you’ll want to take into consideration. Like I mentioned at the start, when you’re on a budget it might be worth considering getting a second-hand laptop.

Or, you can get a laptop on finance – sites like Very will give you 0% for 12-18 months, and as long as you can pay it off within this time, then you won’t have to pay any more than the ticket price. However, they are typically more expensive than finding a good deal and buying it direct.

These are just a few of the best laptops currently available in the UK today. If you have any suggestions, feel free to leave a comment below!

What to Do When Your Laptop Won’t Connect to Wifi

What to do if you’ve spilled water on your Macbook