January 22, 2021 by Jon | *As an Amazon Associate, we earn from qualifying purchases

If you’re going to purchase a new tablet, then there are different operating systems out there that you’ll need to think about. Along with the ever popular Apple OS, the most in demand option out there is Android. You also have a good selection of Windows tablets being released too.

And between them all, it can be pretty tough to work out which one of them is the right choice for you. So, let’s work out the differences between Android and Windows tablets, and make the decision a little easier.

This is the basic difference between the two and what you’ll likely use them for. The operating system that you opt for when you’re using a tablet is definitely important, as it’ll have an effect on your entire experience.

Android tablets are often said to be the better tablet if you’re just looking for something to use casually. But, there’s much more to it than that, so let’s look at things in a closer detail.

Both Android and Windows tablets have been around for a while now, however they haven’t really been popularized until the last decade. Whilst the iPad has dominated at the start of this, it’s fair to say that nowadays, Android makes up much of the market out there for tablets. Android tablets are typically much more commonly used than both Windows tablets and iPads.

And as the more commonly used of the two, there are many reasons for this. They actually are fairly young in terms of age, with the first model being released back in 2009. We’ve come a long way since then, and Android tablets are better than ever.

Lets look at the reasons why Android tablets are much more commonly used than Windows tablets.

Reasons to Opt for a Android Tablet

Apps – If you think that you’re going to end up using a lot of different apps like on your phone, then an Android tablet is undoubtedly the top choice for this purpose. You’ll have the ability to download a host of different apps with an Android, with millions of different options to choose from too.
Games – And in line with Androids being the better choice for apps, this helps to make the the definite better choice for those looking to play games. If you love to play Candy Crush, Clash of Clans and newer games like Among Us, then an Android tablet is the best option for you.
Personalization – Another area where Android tablets are the better choice of the two is in their personalization. With an Android tablet, you’ll be able to customize your theme and widgets to your own liking, which is pretty important for some people.
Simplicity – At a simple level, it’s fair to say that a Windows tablet is more like a laptop, and an Android tablet is more like a smartphone. So if you want the ease of use like you can with your phone, then opting for an Android tablet if likely to be a good idea.
Price – You can find expensive Android and Windows tablets. However, there aren’t so many budget options out there if you’re looking for a Windows option. So, if you’re looking for a cost effective tablet then it definitely makes sense for you to stick with an Android.

When it comes to Android tablets, then there’s only one brand that have dominated the market in this field, and it’s Samsung. Their Galaxy series has become one of the most popular options on the entire market.

And it’s pretty easy to see why. They essentially try to combine the functionality of a Windows with the user experience of an Apple tablet so you get the best of everything – and they do a pretty good job of it in my opinion, too.

One of the main reasons people seem to like this tablet is that it has a pretty impressive 120Hz refresh rate. This means that your display will refresh faster, which is very handy when you’re playing games or something similar.

See: Comparing the Samsung Galaxy S7 to the iPad mini

Although they have been around for a while (more than two decades, so almost twice the age of Android tablets), in the last few years more options have popped up for people looking for Windows tablets.

Many different brands out there are releasing them, and this area is expected to blow up in the coming years, with many more options becoming available.

When you’re deciding between the two, then there are a few reasons why a Windows tablet is going to be more suited to your use. Here’s just a few of the reasons why Windows might be the better choice.

Reasons to Opt for a Windows Tablet

Working PC – The good thing about a Windows tablet is that typically they can be easily used for conventional work as well as casual browsing. What does this mean? Well, you can use it for scrolling and for use with Microsoft Word, Excel and other apps you’d typically run on a Windows device.
Integration – As well as being able to use it as a backup computer when you need it, Windows tablets are also great for working with your laptop too. Having the ability to run apps on both of your devices is pretty handy.
Multitasking – Another reason why a Windows tablet might prove to be the better choice of the two is that they’re a better choice if you’re looking to multitask and get several different things done at the same time. The ability to have different programs open simultaneously makes them pretty great.
Windows 10 – With the updated and improved Windows 10 available for use on your tablet, then you’re going to be able to take advantage of its functionality. It works very well with Windows tablets.
Stylus use – There are Android tablets out there that can be used with a pen, however if you do want to do this, then a Windows model is typically the better choice. They’re very responsive, making them a good choice for anyone looking for something to use for drawing and art. 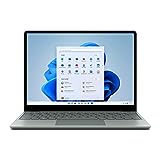 One of the bestselling Windows laptops out there available is the Surface Pro series. For those looking for a serious tablet that can be used for work and play, it’s one of the best choices out there.

Along with a good battery life, the most impressive thing about this tablet is definitely the display. It manages to create some amazing colours and visuals, and it’s very responsive to touch too. This tablet-laptop best used with the Microsoft Stylus, and it’s definitely a top Windows tablet right now.

It’s a cheaper alternative to the Microsoft Surface Pro, which is one of the most expensive tablet lines on the market. Its only real competitor is the Apple iPad Pro, which is another well regarded tablet that’s worth considering.

Overall, it’s clear to see that there’s a pretty definitive line in which one you’ll want to choose out of these two different types of tablet. For more professional use, a Windows tablet is a great idea – you can use it for pretty much everything you can use a laptop for. And for those looking to use something casual in the evenings, then an Android will likely be a better option.

2 thoughts on “Android vs Windows Tablet – What’s the Difference?”

iPad taking forever to charge? Here’s why, and what to do next