May 16, 2021 by Nathan | *As an Amazon Associate, we earn from qualifying purchases

A tablet can definitely help you do that, as well as being really useful for note taking during lectures. In some cases, a tablet is better than a laptop for certain tasks that you need to achieve.

And though recent times haven’t been the best for university students, it’s more crucial than ever to have access to a device. So, if you’re looking for a good tablet to get you through to next term, here’s a few of the best options you can find. 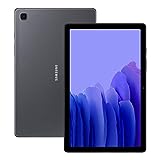 If you’re a university student looking for a reasonably priced tablet, then for my money, the best option is the Samsung Galaxy Tab A7. It can be found for just a little more than the Amazon Fire range, which are fine, but not quite powerful enough for most students.

The first thing you notice when picking up the A7 is just how thin it is for a 10 inch tablet. It’s only 7mm in thickness, which makes it very portable. it also helps keep the tablet weighing less than half a kilogram.

When using the A7, you’ll probably also notice that the speakers are better than most other tablets. This can come in handy if you’re going to be making a lot of Skype calls or talking on Zoom to your professor (or even just watching YouTube videos).

One thing that will definitely come in handy is the long battery life that this tablet offers. It’s actually pretty much what most premium tablets offer, so that’s another positive about this tablet. You can also fast charge it up quickly to 50% battery when you’re in a rush.

The only thing I will say is that for some people, this may not be powerful enough. For the price, it’s definitely the best you’re going to get. But if you’re looking for something that can cope with running more intensive programs, the only thing you can do is up your budget. 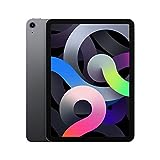 Most students will be looking for value for their money, and will probably have a relatively modest budget. But if money isn’t really an issue, then it’s hard to look past an iPad as one of the best tablets for students.

There are various different options to go for when you’re looking at iPads. You could look at the Pro, but for many, it’ll likely be too much to pay – it’s only a few hundred quid less than a Macbook. And the base model of the iPad is a fine option too, though it doesn’t have the newest design.

The best compromise of these two in my opinion is the iPad Air, which is one of the best tablets out there in general. One of the key areas where it’s better than the competition is in its design, with the retina display being amongst the best that you’ll find on a tablet.

As well as being good to look at, iPads are also well known for their usability and responsive touchscreen. This is especially important if you’re going to be using it on a regular basis – you can match it up with a stylus too, which makes it a great tablet for note taking.

One of the main reasons why an iPad may edge out some of the competition is in its graphics. The A14 processor that the Air uses is one of the best available in terms of graphics processing and rendering speed, which means that it’s a slightly better choice for aspiring artists.

Whilst the older original iPad and iPad Mini are best used the with Apple Pencil, you’ll want to use the Apple Pencil 2 with this Air or the iPad Pro. It’s a little more expensive, but it’s easier to use and has a much better charging port.

I could go on about the iPad Air all day with its features – the 12 megapixel camera is matched by a 7 megapixel front camera, which is ideal if you’re going to be making a lot of video calls and attending classes online. Overall, it’s the perfect choice – though probably too expensive for some. 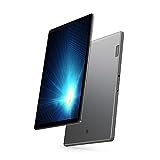 For those that don’t to splash out a lot of cash, going for a tablet like the M10 Plus from Lenovo is wise. It performs very well when you consider that it’s actually very cheap, and usually less than half the price of the iPad Air.

One of the best things about this M10 Plus is that it’s very easy to set up. This is especially true if you use Gmail, as you can link it up with your account and it’ll automatically sync with your phone and other devices.

If you prefer the feel of an Android to iOS, then this is definitely suited to your needs. It has a full HD display matched by good quality Dolby Audio speakers, which are perfect for watching YouTube videos or gaming with.

Actually in terms of its design, it’s very similar to the iPad’s specifications, with a weight a little under half a kilo and a very slim width too. Though it comes with 128GB of storage, you can easily add more to this with a Micro SD if you need to.

Whilst it doesn’t have quite as much battery life as the other models listed here, that’s really the only downside. So if you’re looking for a budget alternative to the expensive iPads and Samsung Galaxy tablets available, this would be a good fit. 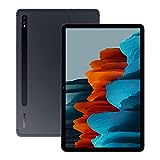 Another premium tablet that anyone should probably consider when looking for a high end tablet is the Samsung Galaxy Tab S7. With Android being the most popular operating system for tablets, Samsung make up a huge part of that.

And with this tablet, it’s pretty easy to see why. It has quite a lot of RAM for a tablet (6GB), which means it’s more than capable of juggling a lot of different programs consecutively. You could also consider upgrading to the Pro version, which comes with a pretty amazing 8GB of RAM – on par with most laptops.

It has a high battery capacity, which is probably what you should expect from a tablet with such a high price tag. It’s really the only competitor that can stand up to the Apple iPad Pro when it comes to battery life, power and UX, but it manages to do this pretty well.

One another thing that’s worth noting about the Tab S7 is that it actually comes with a Samsung stylus for you to use with it. This is pretty uncommon for premium tablets, as brands can typically charge £50 or even more for their stylus. So having this in with the deal definitely makes it a wise investment.

All in all, this is undoubtedly one of the most popular tablets on the market. The increase in power make it pretty tough to compete with, as it’s probably the closest you’d get to a laptop without actually owning one.

How much should I spend on a tablet?

The first thing that most people wonder when looking for a new tablet is how much they should spend. Usually, I’d say what you can afford – but a £50 tablet just isn’t going to be enough for a lot of tasks. If you’re trying to save cash, then a tablet in the £200 region will be fine. But, you can spend a lot more than this if you want better performance.

Which brand of tablet is best?

If you’re unsure of which brand to opt for when buying a new tablet, then it’s usually best to play it safe and go with one of the big name brands. This makes Samsung one of the best choices, as they’re the biggest manufacturer of tablets. You can also consider getting an iPad too.

Can I use a tablet for classes online and in person?

For the most part, you’ll be able to use your tablet for all of your classes at university. Most of the time, you’re either in seminars making notes, or working within a classroom. As long as you have an external keyboard to use with your tablet, there’s no reason why you can’t actively use it for your classes – both online and in person

How much storage does a student need?

Another very common question that new students have is how much space they’ll need on their device. The truth is that you actually won’t need that much. This is only true as long as you take advantage of the cloud storage that you university will give you access to. Doing this can save you a lot of additional money, as it can be quite expensive to add more storage to your tablet.

Which device is best for students, laptops or tablets?

If you’re not sure what kind of device you’re going to need for your studies, then it’s worth checking with your programme leader. For the most part, a laptop should probably be the first thing that you buy if you’re planning to spend a lot of time typing. It can be a little difficult to write a 10,000 word dissertation on a tablet, so they’re usually a good supplement to a laptop.

In conclusion, there are a few different tablets out there that would likely be a good choice for a student. If you have the cash, to spare, then it’s worth looking at both the iPad series as well as the Samsung Galaxy Tab series too.

But if you’re on a budget, you can look towards cheaper Android tablets as the best alternative. You can pick up a reasonably powerful tablet for just a few hundred quid, which should be enough to see you through university.

How to Connect Switch to your TV without the dock